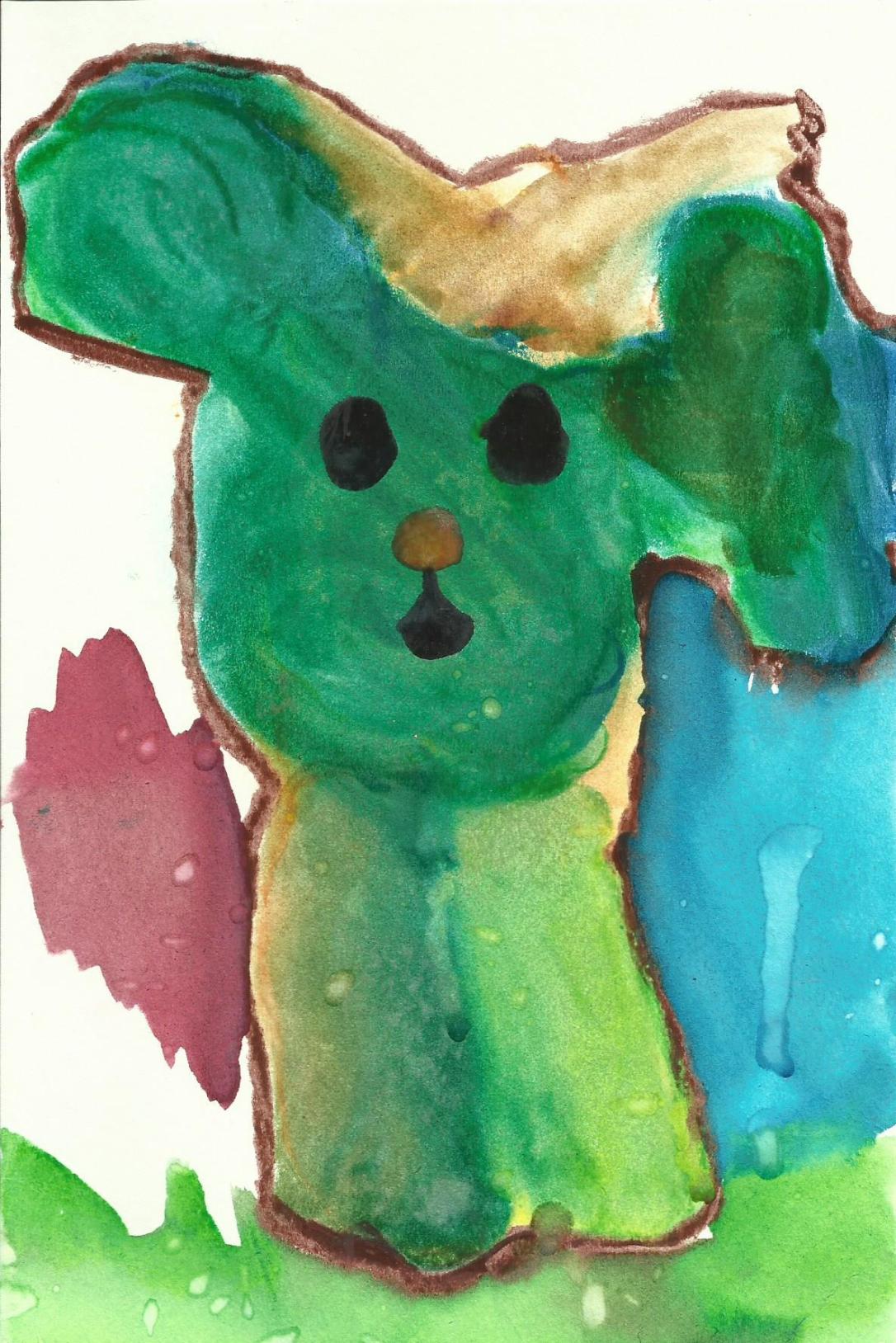 Napoleon was a bad dog. At least that is what everyone told him.

Sometimes he had accidents and his human would say, “bad dog!”

Sometimes he would be sleeping peacefully in a nice cozy corner of the hallway only to be woken up by some one tripping over him and saying, “bad dog!”

Occasionally he would smell something strange coming from the garbage can and have to investigate. Sooner or later a human would find the mess and he would hear, “bad dog!”

He was small, but occasionally a human would leave something tasty just within reach of his short legs. He figured these were meant for him, who else could they be for? But as soon as he took a bite, “bad dog!”

It was just so hard to know what was acceptable dog behavior and what was not. For instance, walking around the house in circles, which made his nails ‘click-click’ on the hardwood floors was a lot of fun. The noise was wonderful and sometimes he could find crumbs as he circled. But then one of his humans would ruin the game with, “bad dog, lay down!”

Even his daily grooming would get him in trouble. He liked to be neat and made sure he got everyone of his nooks and crannies good and clean. It never failed though that as soon as he was mid-lick on a particularly dirty spot his human would say, “gross, stop, bad dog!”

Napoleon decided that since he was such a bad dog, he should do his humans a favor and go off by himself. He loved his humans dearly and he wanted them to be happy. One night when he was let out to go potty he decided, that since it was such a warm and fair night, he should leave.

There was only one problem, Napoleon was blind. He did not know the way out of the backyard. He never went out of the house except for his occasional trip to the vet or groomer.

But, he figured, it couldn’t be that hard to find the gate. He started on his right and began for the edge of the house, sniffing carefully to figure out where the house ended and the fence began.

After several steps and careful sniffing Napoleon realized the wood smell of the house was gone and there was an expanse in front of him, so he began forward.

He ran right into a tree, nose first. He wiggled his nose and went around the tree, still moving forward hoping to find the fence.

He found the fence. It hurt his nose a little, but now he could follow the fence until he found the opening. Leaning his body against the metal so he could use it as a guide, he followed it’s path.

He must have reached a corner because suddenly there was more fence blocking him from going forward. He again wiggled his nose and turned right to follow the new side of fencing. This time more cautiously so that when he came to the next corner he was ready for it and didn’t bump his nose. Soon he was walking along the back side of the fence. He had not found the gate yet, but there were not many sides left so he had to be close.

His poor nose was poked by a sharp thorn. He had not smelled them before, but now he realized he had run right into some rose bushes. He wiped his sore nose on his leg and licked it. It was bleeding. Very tentatively he made his way around the bushes until he found the next section of fence.

Just when he thought he could not take it anymore he realized there was a small gap in the fence. He pushed his body against it and what must have been the gate swung open. Happily, but very carefully he passed through. Not sure of what way to go, but feeling soft, springy grass below his paws he decided to continue forward. He figured as long as he kept the grass under paw, he would have less of a risk of trees or rose bushes.

Napoleon wandered around for what felt like hours. Occasionally changing directions, but he was getting tired and thirsty and his nose hurt a lot. He decided the best thing to do, now that he’d walked so far, was to find a house to spend the night in. Maybe some kind stranger would give him a drink, let him stay the night or better yet let him stay forever and not think he was a bad dog.

He began to sniff the air for smells of a house and smelled a familiar wooden scent that meant one was nearby. Slowly and carefully he made his way towards the smell.

He bumped into something hard, but not his nose this time. It was something low and stone that bumped him in the chest. Feeling forward with his sore nose he thought they must be stairs, so he slowly made his way up them. One, two, three, then they ended and he was at a door. At least he thought it was a door, so he let out a “yip” and waited.

He decided to try one last time with all the energy he had left. “Yip.”

It was his biggest yip yet and he soon heard the door open and a familiar voice.

“Napoleon! What are you doing out here? Did you get lost? And you hurt your nose. Poor dog.”

It was one of his very own humans! He was surprised. She scooped him up and took him to the couch. He wasn’t usually allowed on the couch so he curled up to enjoy it. “Poor dog, I am going to clean up that nose for you. What were you doing wandering around when you can’t see?”

She left then returned with a wet cloth and something that smelled funny. She wiped his nose very gently with the cool, wet cloth. “This next part might sting a little.”

She rubbed the funny smelling stuff onto his nose and it did sting. He gave a yelp.

Napoleon, tired from his attempt to leave home, quickly drifted off to sleep and as he did he thought how happy he was that he was no longer a ‘bad dog’, he was a ‘poor dog’.

At least for now.

As long as I can remember I have been putting words to paper. Although I am sure there was a time before that, I cannot remember it and refuse to try. Writing is a passion, really a necessity, and this is blog contains all my endeavors and hopes to share that with the world. View all posts by TaraLindsey

Might be the only snow we get this winter, so I had to take a photo.
My OB (who sadly left the practice at the end of last year) said I needed to post a photo of my suspenders. She thought it was genius, I was just trying to keep my pants up. T -13 days. Give or take. I'm just trying to stay clothed between now and then. Pants up and shirts down is getting tougher and tougher.
Few photos from the night. Happy 2020 ya'll!
Loteria while we wait for midnight. Won two games so far... out of five.
My best nine according to an app that tells us these things. #bestnine2019 What a year.
My view from the couch.